Southwest Detroit Restaurant Week began as an idea in 2016. We hosted our first event in 2018 and the second in 2019. Following those years (in which we learned a lot), we took a brief pause to grieve the loss of our co-founder, Monica Casarez, and work through the pandemic. We're so excited to be back in 2022! We're excited, reinvigorated, and looking forward to sharing the culture, food, businesses, and entrepreneurs who call Southwest Detroit home.
Southwest Detroit Resturant Week handles things a little differently than most restaurant weeks. Instead of offering a certain price point, restaurants have designed menus showcasing traditional and authentic dishes from diverse cultures. These dishes and beverages will only be available during restaurant week. The menus highlight a variety of dishes from several Latin American countries including the Dominican Republic, El Salvador, Honduras, Mexico, Guatemala and Venezuela. Through these dishes businesses and owners will share a bit of their cutlure, history, and story with the Southwest Detroit community. 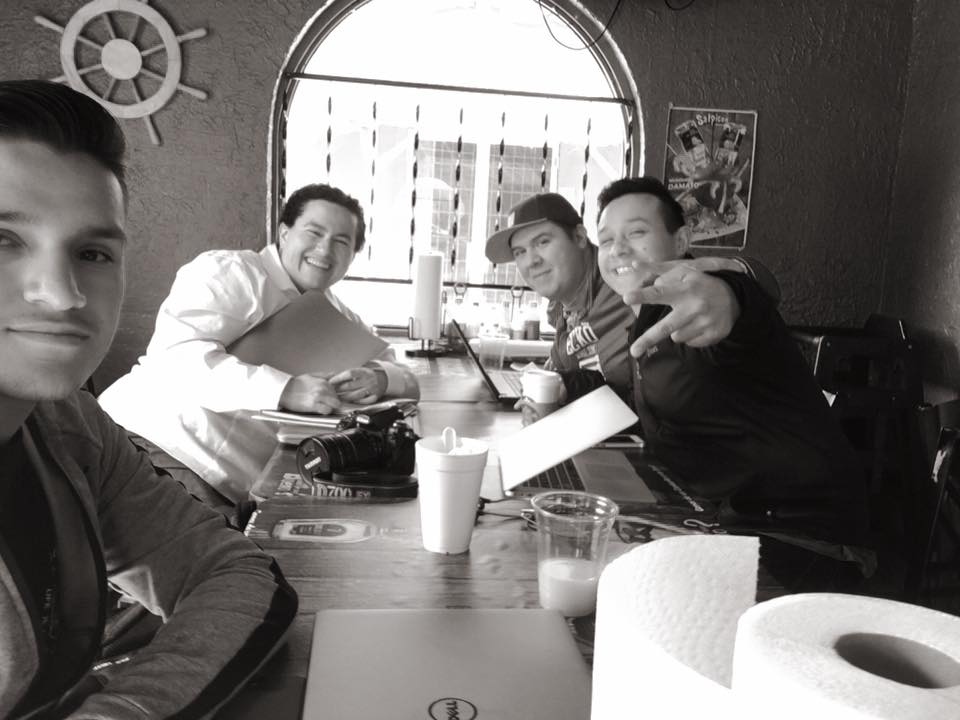 Through this event, we want to remember Monica Casarez. She was a large part of the creation of Southwest Detroit Restaurant Week and an influential and passionate individual who was dedicated to bettering the world before she left it. She was a fierce advocate whose passion and drive continue to resonate within our community. She influenced us, pushed us, and reminded us to enjoy living.

Southwest Detroit meant so much to Monica because it is in and of itself as unique as she was. At age 18, Monica moved back to Southwest Detroit and worked with the Labor Leaders on the Michigan Committee on Central America to support labor unions in El Salvador, Nicaragua, and Guatemala. She also worked with Alternatives for Girls which helped homeless young girls to avoid violence and exploitation. She worked with Casa de Unidad Cultural Arts and Media Center and helped organize the Unity in the Community Summer Festivals in Clark Park. In 2002 she had her own Ofrenda at Casa called "Hasta Los Huesos/To the Bone". She worked at Southwest Detroit Solutions working with children, families, teaching adults healthy living. She got a Surgical Technologist degree and worked with surgeons in operating rooms at the Detroit Medical Center and U of M. She also taught at Henry Ford College and provided Spanish translation to families at hospitals. Her friends have created a scholarship at Henry Ford College in her name for young girls involved in their community seeking a health science degree. Monica helped in the production of the Detroit Historical Museum's first exhibit of Southwest Detroit called "SW Detroit--More than just a Place". When the pandemic struck she knew and worried that it would hurt the small restaurants, and with SDBA she worked to find a driver to provide free deliveries for the restaurants. Monica was always giving and it was important for her to take care of the people she loved, those in her community, and she was constantly giving in ways we still can't believe.

Monica saw Southwest Detroit Restaurant Week as a creative way to bring in customers to small mom and pop restaurants and highlight to the greater metro area that is Southwest Detroit Hispanic Community. With this restaurant week she hoped to highlight far more diverse by region and country area that is Southwest and to share with people the unique culture she absolutely loved, and all their delicious food. Monica was more than can be described and we hope to honor her memory with food, community, and the togetherness that this restuarant week provides.

Company Director and Founder of Featherstone

For many minority entrepreneurs, it’s difficult to discover the proper support in communities that have not always been inclusive of everyone. Juan Carlos Dueweke-Perez created his marketing agency Featherstone Moments to address the challenges faced by business owners of color, women, and the LGBTQ community.

Leslie Vargas is the third generation in her family of storekeepers. She works alongside her family of six with the goal of bringing their roots from Jalisco back to the Southwest Detroit community, and to serve those who are far away from home.

A native of Durango, Mexico, Mayté has lived in Michigan for over 25 years. Since January 2019, Mayté has been working for TechTown, serving small businesses mainly in Southwest Detroit. Mayté has a tremendous network from over 20 years of service to Southwest Detroit communities through a mix of community and economic development.

Late husband of Monica Casarez, original co-founder of the event

Jorge Casarez was raised in Delray and worked at Latino Family Services and SWDetroit Solutions as a supervisor of mental health and prevention services. He was stationed at The Detroit Windsor Refugee Center, now Freedom House and helped those with PTSD. He now works at The Guidance Center in Southgate but still thinks Southwest Detroit is the best. He found Monica Echeverri and she found him in Southwest Detroit. To Jorge, Southwest Detroit is more than a place, it's a collection of worlds filled with people.

Shaffwan is a community organizer, activist, and precinct delegate in Detroit. His parents emigrated from Bangladesh, and he works with a community where close to 6,000 of the residents are Bengali. He helps them and others in his district register to vote and educate themselves on election issues.

Co-creator of Taste the Diaspora

Ederique Goudia noticed there weren’t really any formal celebrations of Black food in Detroit, a majority Black city, so she started Taste the Diaspora. Chef Ederique is dedicated to bettering her community through food and much of her work is centered around uplifting Black voices within those communities. In addition to Taste the Diaspora, Chef Ederique also runs In the Business of Food and is a leader for Make Food Not Waste.

Amanda Saab is am a mom, a chef, and a two-time MasterChef competitor. Amanda launched her food blog amandasplate.com and her passion for food led to competing on MasterChef and launching of her award-winning bakery, butter bear shop (which has since closed). Most recently, Amanda served as Business Inclusion and Opportunity Manager for the City of Detroit. When she’s not busy helping small businesses thrive, she enjoys baking and going for walks with her daughter, Hannah. 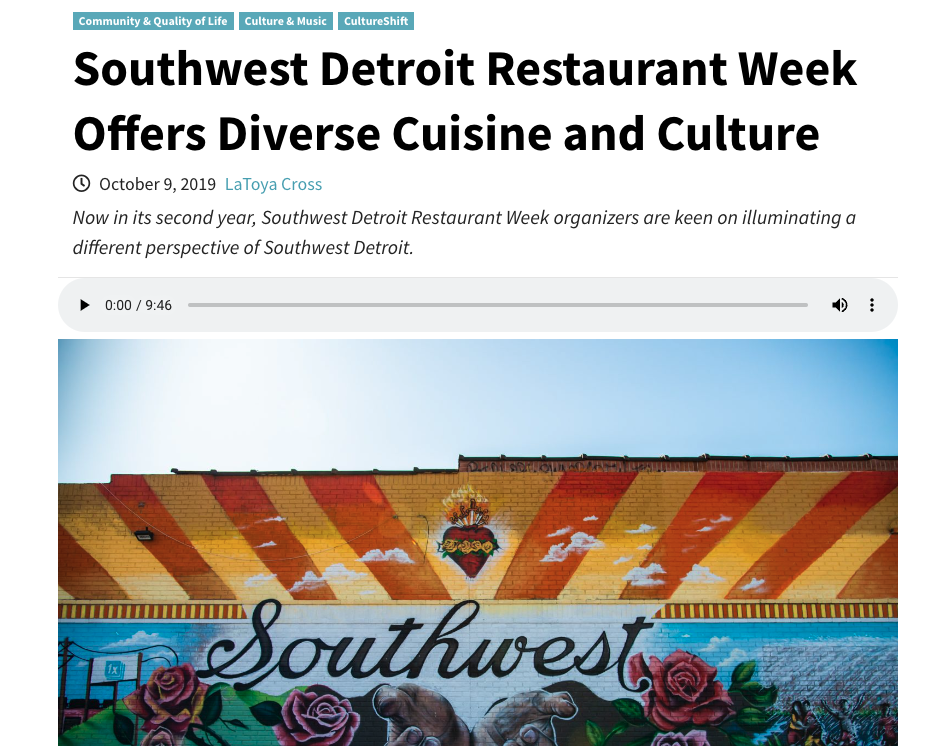 We're so grateful to Ryan Patrick Hooper and LaToya Cross for covering Southwest Detroit Restaurant Week in this piece from 2019 and showcasing the 24 Latin-American restaurants that joined us that year! 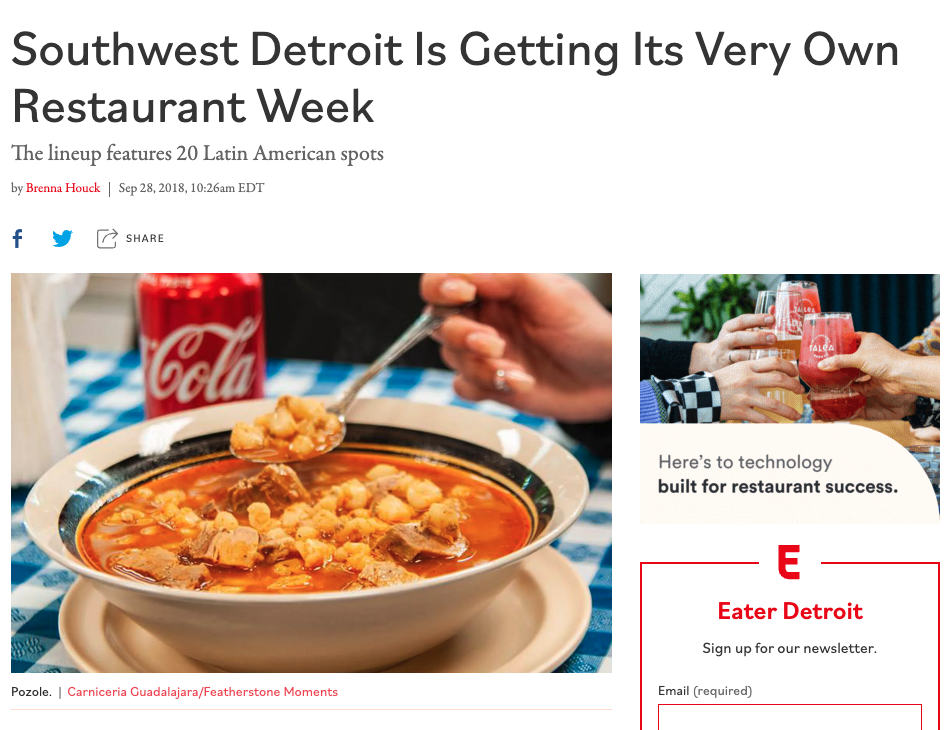 In 2018 (the year it all began!) Brenna Houck covered the journey that was the beginning of Southwest Detroit Restaurant week, the 20 businesses that joined us on this adventure, and the importance of this week taking place during National Hispanic Heritage Month.